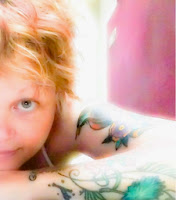 I WAS THE GIRL
chosen last because I was skinny & my knee socks didn't stay up
I was the girl who thought she could change the molecular pattern of
objects and create snow
.... or an apple
I was the girl who understand when ken & barbie started sleeping together,
It was time to pack up the toys & turn up Led Zeppelin
I was the girl who knew every homeless animals name in the whole wide world
and if I thought hard enough, could keep them safe & warm
I was the girl who danced on her bed while singing Hey Jude & Henry the 8th I am I am ...
I was the girl who learned about music, weed & how to dance from the best neighbor boy in the world . He was 3 years older, gay, handsome & funny. He took me to his senior prom.
He died of AIDS.
I was the girl who had a golden ticket to Camelot & a green Pontiac convertible
I was the girl sitting alone at the river knowing answers pooled there along the
sandbars & reeds and if I thought hard enough - prayed hard enough,
I would hear those answers and I could then fix things
I was the girl who discovered James Taylor,
Jack Daniels & orgasm in the same evening - while babysitting
I was the girl who followed meadowlarks down rabbit holes
I was the girl who married to escape only to be bushwhacked by the karma bus
I was the girl who found Wonderland under your hands
I was broken girl; weary & afraid, missing pieces of bone & heart
only to discover I had them all along
bound to my soul with a ribbon of goldenrod & blue sky
I am that girl . . .
And now I don't wear knee socks (or underwear)
I still believe if i think fiercely enough, I can shield animals from harm while changing
Apples into Snow
I am a mere 2 degrees away from knowing Robert Plant
So I sing Led Zeppelin with abandon from beds, bars & cars
I have always lived in Camelot
and
I have folded my golden ticket into a tiny origami sparrow
and
placed it inside a wee blue bottle on a thin silver thread
Marriage is ethereal &  a good escape plan.
All the best stories have an escape plan.
I have been to Wonderland, and some of my best missing pieces are still there ...
Every answer to any question can be found in a JT song, a Beatle's song, or a river's song
Karma bus - well , shit happens.
Live like you are dying even when you are weary & afraid .
I have stopped fixing things.
And strangely, things fix.
I am the broke-open-whole girl
and
I am goldenrod-blue-ribboned-sky &  a meadowlark's song 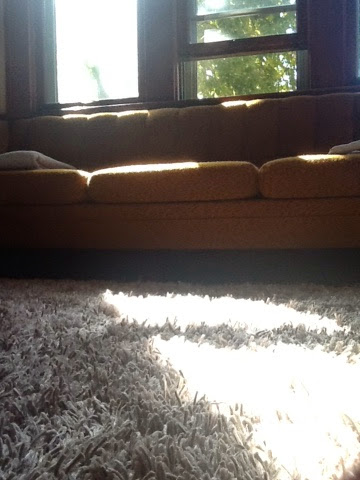 captured stillness
echoes of childhood trapped in the morning's pulse
from the open window comes
a breeze from 1964
stirrring my freckled pale arm
suddenly ...
I am ageless;
socks soft upon carpet
mindful of my wakefulness
light lies upon gray
soft
fluid
the rustle of leaves timbres
still ageless
and amazed ...
that this is life
just this one moment:
soft, gray
with senses buzzed by the light of always
Posted by soozie at 11:39:00 AM 2 comments: